The day has finally arrived, I’ve wanted something like this for so long.

After Rare became part of Microsoft, many of the old titles seemed like they would be lost in limbo forever. Nintendo couldn’t legally put them out on Virtual Console, and many of the titles were too obscure for Microsoft spend the money to port over to the Xbox Live Arcade.

As time past, the original cartridges became harder to find, and the ones that could be bought often were old and didn’t work well.  My old copies of Killer Instinct Gold and Blast Corps, for example, I rarely played anymore. They had to be removed and reinsert about 15 times before they finally would load up.

The only reliable option was PC emulation, which often was glitchy, and just didn’t feel the same separated from the charm of the console experience.

Then, in 2015, at the Electronic Entertainment Expo in Los Angeles, everything changed.

Rare Replay, a collection of 30 Rare games was revealed to the world.

I would have rejoiced if it was just a selected screen linking a bunch of games and emulators, but  it is so much more.

As soon as you pop in the game, the amount of love and care put into this collection is spellbinding.  After a delightful musical intro, you’re greeted  to theater style menus containing three options.

Rare Revealed contains unlockable making-of featurettes, and footage of unreleased games that you unlock by collecting stamps earned by completing milestones in the games included in the collection.

Some people have complained about this, feeling that the videos should have been unlocked from the start, but I love they way they did it here.

Progress feels so meaningless in modern games, you rarely get anything for your effort other than some gamerscore next to your name. Having your accomplishments unlock neat and meaningful things actually makes you feel like you DID something with your gaming feet, and gives your drive to keep going through the games. You want to keep going to unlock that next little nugget that is just out of reach. I applaud Rare for making the right decision here, even with probably knowing that some reviewers would mark it done for it.

Game Gallery is pretty straight forward. It’s list of the 30 game in the collection, with new art and music created for each games menu. Games included are:

Grabbed by the Ghoulies 2003

Snapshots, the next game on the menu, is amazingly addictive feature that adds new “snapshot” challenges to the older games in the collection. The challenges basically take you to a specific point in the game, with added objectives, and competitive leaderboards. (for those who love one-upmanship.) You could spend a whole day’s worth of gaming on these without even touching the full games in the collection and still have a blast.

As for the games themselves, well, there are 30 of them, so I can’t really touch on them much with writing a novel instead of a review,. I will assume that most people realize how good they are at this point. I will however talk a little about my personal highlights.

This game is timeless. Presented in proper 16:9 HD in Rare Replay. The fact that what is largely upscaled N64 graphics hold up so well in 2015 is a testament to the talent artists that worked on the game. Banjo-Tooie may have added a ton of new features, and is arguably the better game, but the original holds a place in my heart like none other 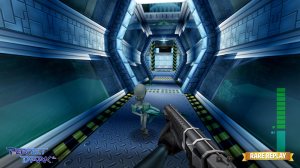 Alot of FPS games have come and gone since 2000, so it was interesting to fire up PD again to confirm my suspicions. After about 10 minutes of game, I nodded to myself with a smile plastered across my face.

Perfect Dark is still the greatest FPS ever made. The gold standard to what all other shooters should aspire to be.

There was nothing like it at its time, and there still isn’t today. Nothing compares to its multiplayer. the amount of options, modes and combinations are endless. Thats’ not ever counter the co-op and counter op modes. (Counter-op mode lets another player play as enemies trying to stop you from beating the level, name another FPS that has that!)

I don’t want to talk to much about this one, as to not give anything away if this is your first time playing.

I wasn’t planning on doing ratings on this site. Since I think assigning numbers to the hard work, blood, sweat, and tears talented people is slightly insulting. But in this case I have to.

This is the best game collection of all time.

This games included in this collection are some of the greatest all time.

As near perfection as a game will ever be.

If you have an Xbox One, you need this game in your life.

Listen from the start!